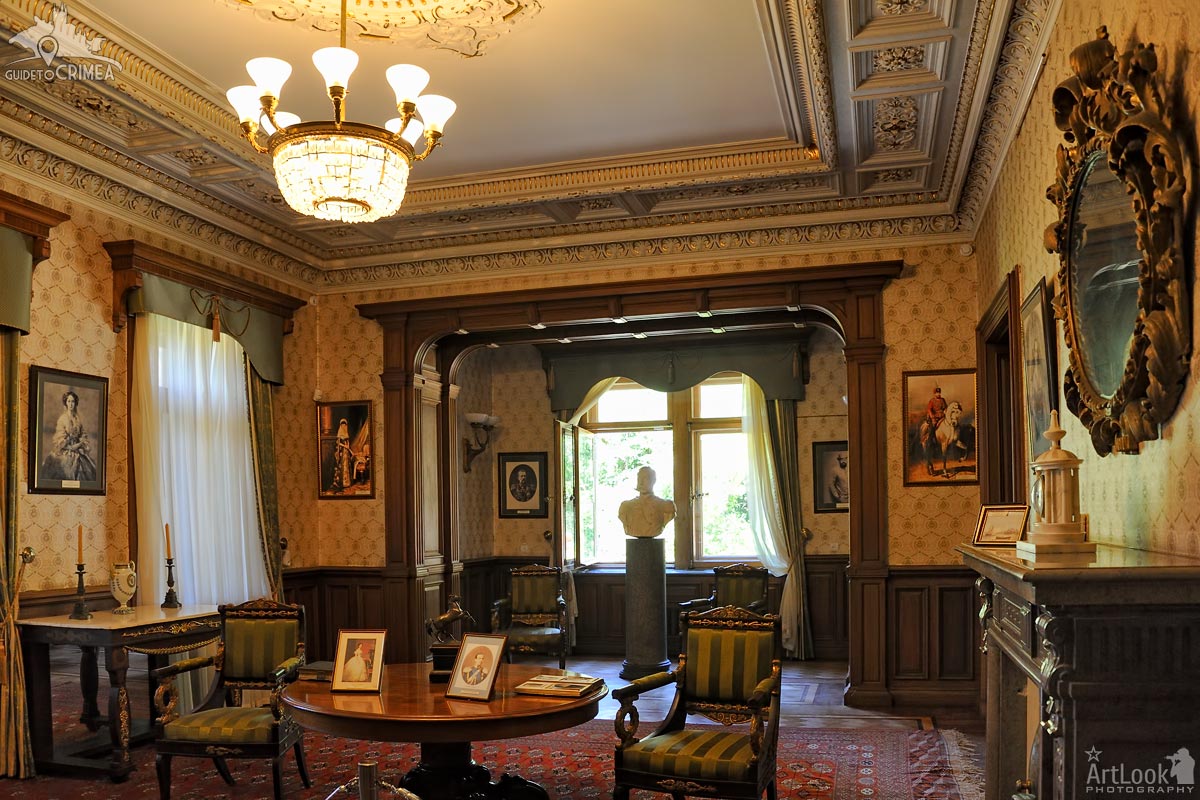 Angle view of the interior of the Cabinet of His Imperial Majesty in Massandra Palace made by the tradition of classicism. Molded elements with gilding are successfully implemented in the strict ceiling design (master M. A. Zhilkin). The useful area of the cabinet was increased due to a niche at the northern facade of the palace. Niche, doors, panels are made of walnut, in harmony with the fireplace, lined with gray marble (at the right). Items of furniture and arts and crafts are typical for palace interiors at the turn of the XIX-XX centuries.

A sculpture of the horse of the German master Slodenbek (Berlin, beginning of the XX century) is placed on a round table with a carved table stand (the work of Russian masters of the late XIX century) in the middle of the cabinet. Armchairs around the table by Russian masters of the first third of the 19th century in the Empire style are ornamented with gilded woodcarvings in the form of laurel wreaths, garlands, stylized military armor. In the depths of the niche is a marble bust of Emperor Alexander II (1818-1881), the sovereign reformer, made by an unknown sculptor in the early 60s of XIX century.

Photo #084 taken on August 13, 2019 during visiting Massandra Palace with my dear clients from Hong Kong, Esther and Ricky on the 3rd day of the adventure trip “Discovering Crimea in 6 Days”.