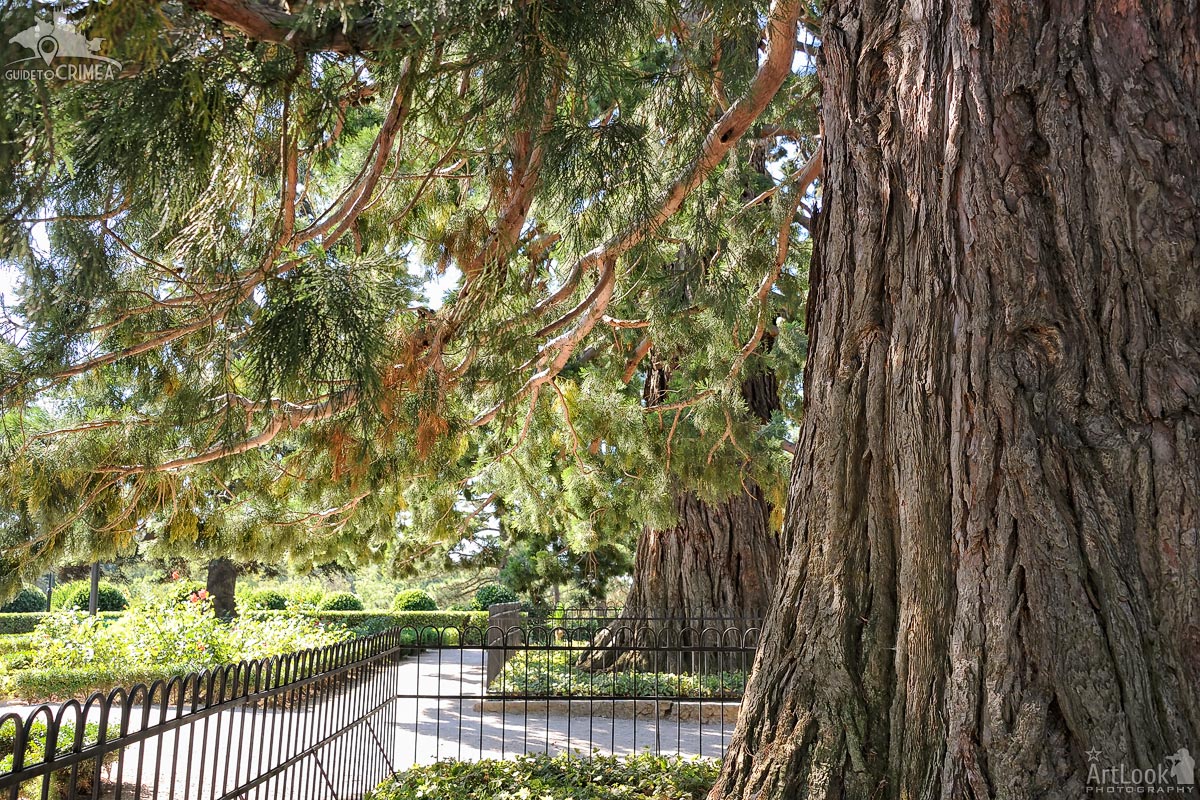 Under the huge branches of Sequoiadendron giganteum, evergreen coniferous tree of gigantic size in Massandra park. With branches resembling mammoth tusks, these sequoias also called Mammoth trees. The two giant trees were planted on the western facade of the Massandra Palace 130 years ago during the reconstruction of the residence of Emperor Alexander III according to the project of the famous architect Messmacher in the 1890s. In the present time, the trunk girth of the giant sequoias is about nine meters, and the height is about forty meters.

The first seeds of Sequoiadendron giganteum Nikitsky Botanical Garden (located in few kilometers from Massandra) received in 1840 from the former Russian colony Ross in California. Later, the giant sequoia dedron came to Europe from the South of Crimean peninsula.

Photo #005 taken on August 13, 2019 during visiting Massandra Palace with my dear clients from Hong Kong, Esther and Ricky on the 3rd day of the adventure trip “Discovering Crimea in 6 Days”.