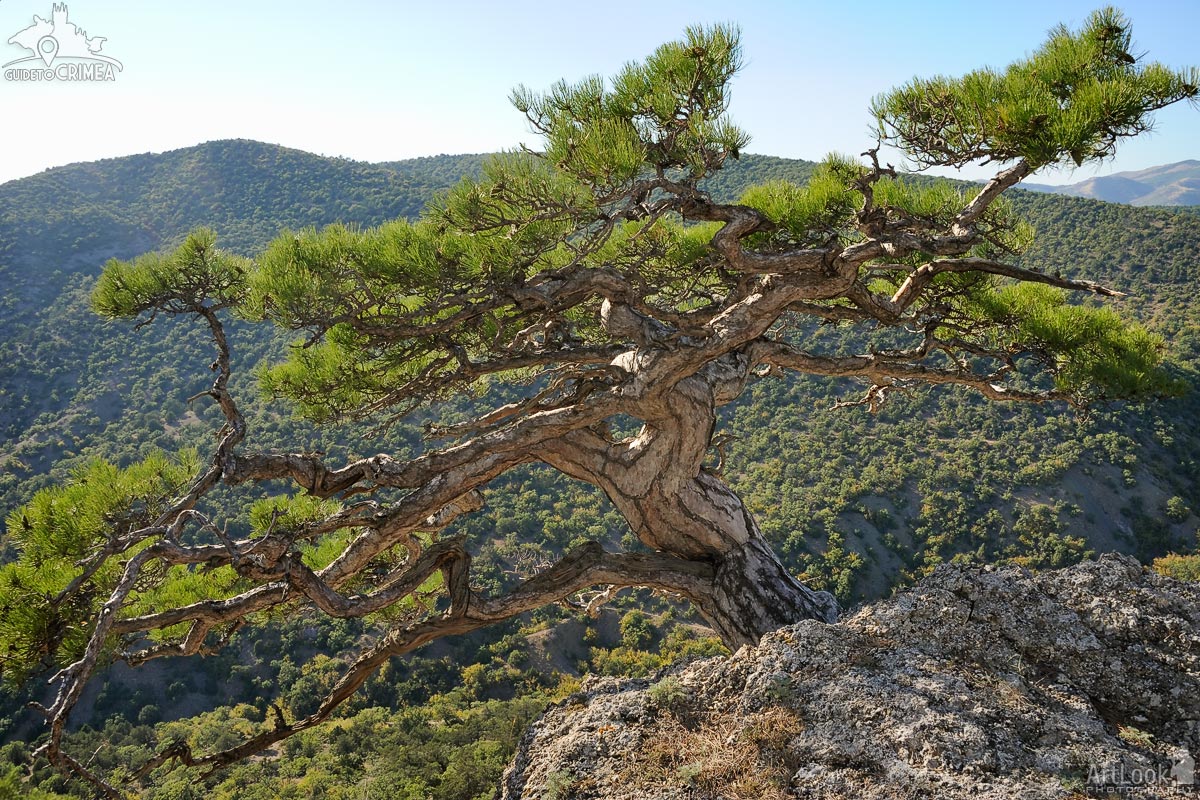 This exceptional Stankevich pine grows on a steep slope, almost at the peak (about 410 metres above sea level) of Sokol (Falcon) mountain in Novy Svet (New World). Such pine trees are very rare in nature, but they are endemic to the Sudak district on the southern coast of the Crimea peninsula. First described by the Russian botanist V.N. Stankevich, the pines were named by the academic V. N. Sukachev in 1906 in his honor. They are also known as “Sudak Pines”- after the region in which they are found. The pine tree in this photograph is about 200 years old.