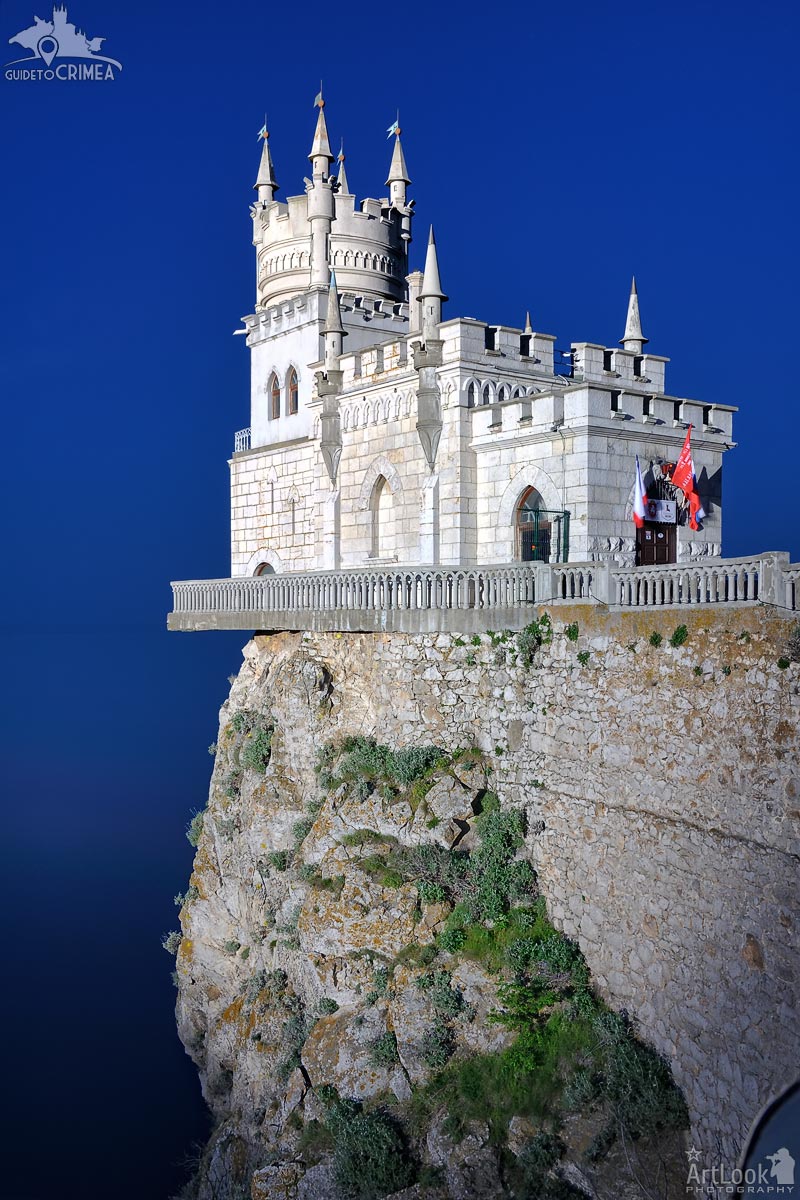 Decorative castle Swallow's Nest (Lastochkino Gnezdo) castle on a rock over the Black Sea in spring twilight. The small castle resembling a medieval knight's castle situated on the steep 40-metre (130 ft) high Aurora Cliff of Ai-Todor Cape in Gaspra near Great Yalta. The beautiful castle was constructed by design of the Russian architect Leonid Sherwood in Neo-Gothic style between 1911 and 1912. It became one of the most popular visitor attractions in Crimea and the symbol of Crimea's southern coastline.