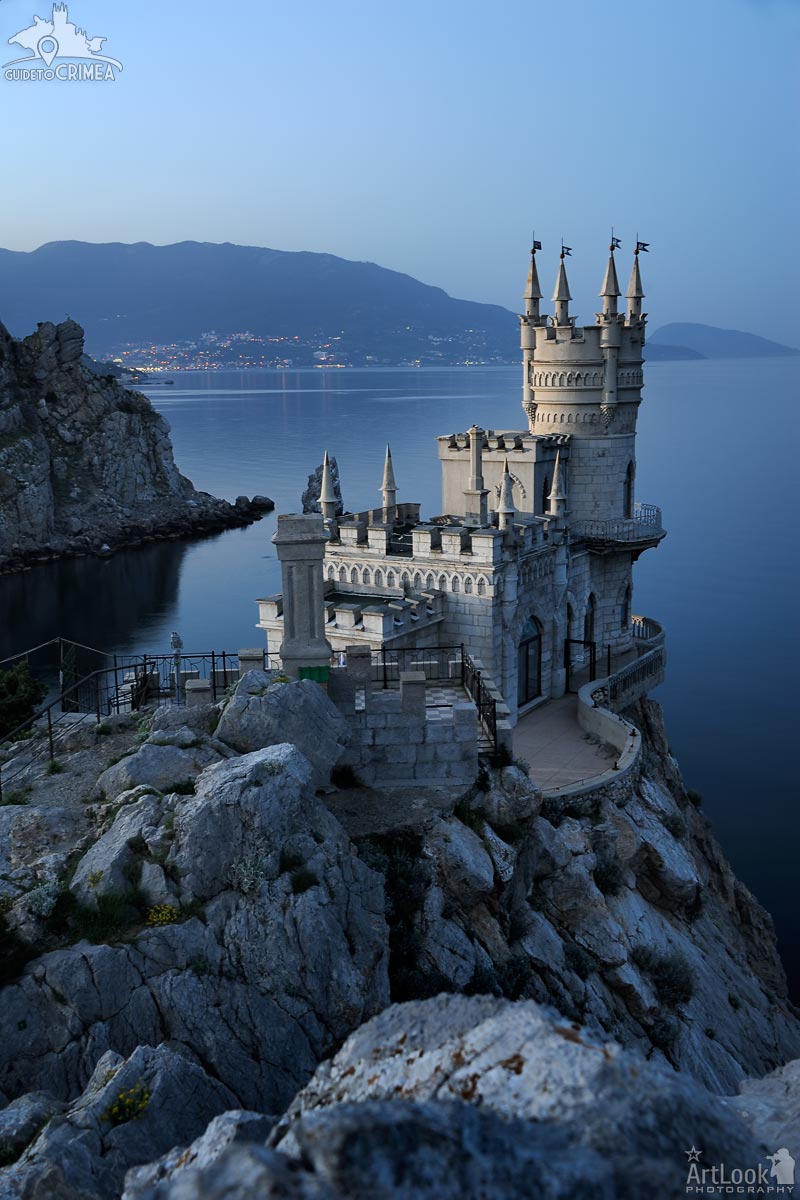 Angle view of the decorative Neo-Gothic castle "Swallow's Nest" (Russian: Lastochkino Gnezdo) at twilight. It is the symbol of the south coast of Crimea located in Gaspra, between Yalta and Alupka. The beautiful castle was constructed by design of the Russian architect Leonid Sherwood between 1911 and 1912 on money commissioned by the owner of this land, Baron von Steingel, a Baltic German noble who had made a fortune extracting oil in Baku, acquired the timber cottage and within a year had it replaced with the current building almost within a year.

In 2011, after 3 months of restoration work estimated to cost $150,000 USD, it was opened as a museum. The Swallow's Nest is one of the most popular visitor attractions in the Crimea, becoming the symbol of the Crimea's southern coastline.