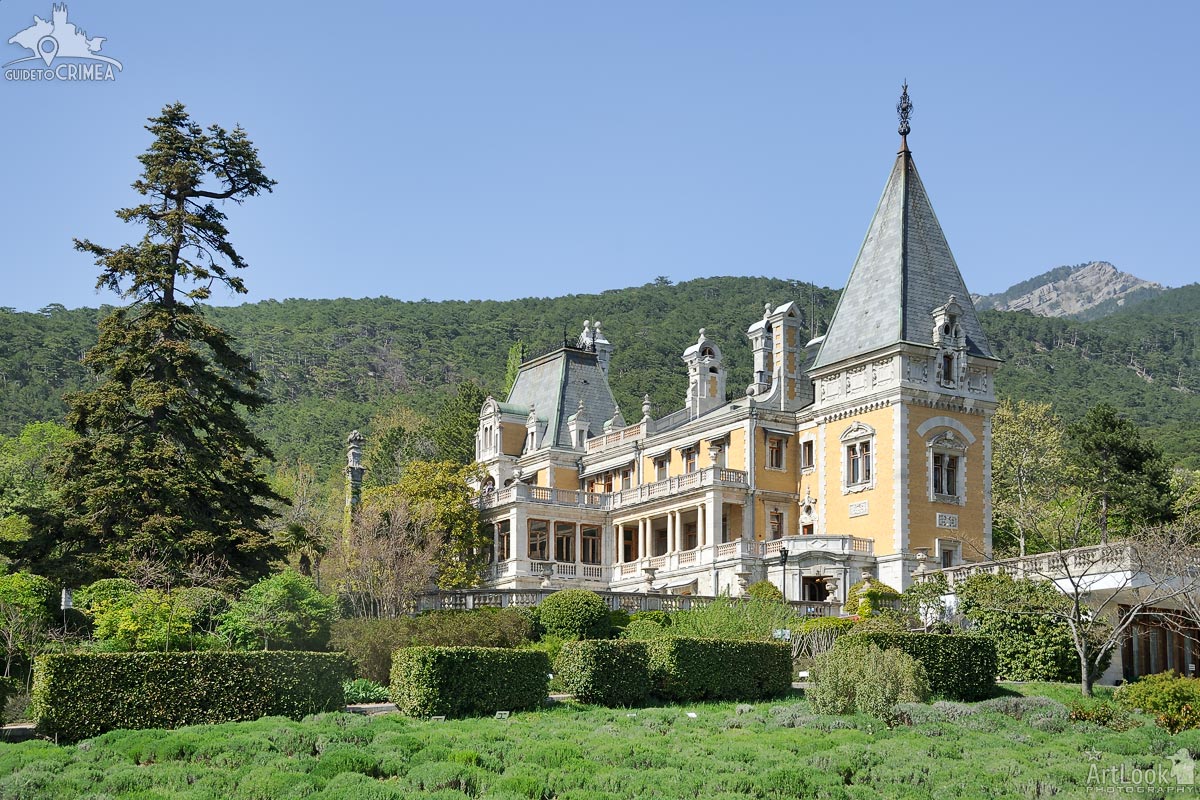 View of the Palace of Russian Emperor Alexander III in Massandra from local garden on a sunny spring day. Resembling a French chateau, the palace is situated 5 km North-East from Yalta in Crimean village Massandra that located on elevated and cliffy cape.

The castle originally built in 1881-1900 for Tsar Alexander III, but after his death in 1894, the palace in Massandra was finished in 1900 by his son and the last Russian Tsar, Nicolas II. This castle was used by Romanovs only as hunting lodge and the royal family never stayed for a night here, but during the Soviet times, Joseph Stalin decided to use it as his as his dacha in Crimea.