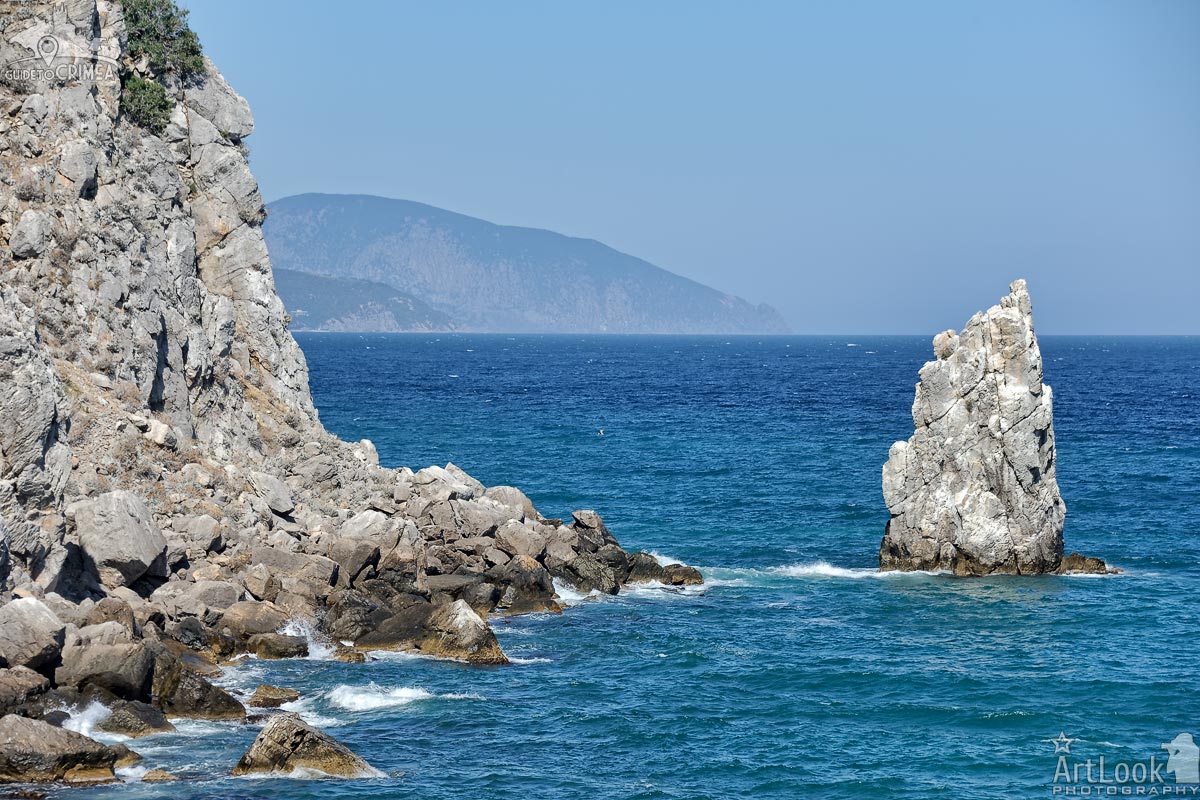 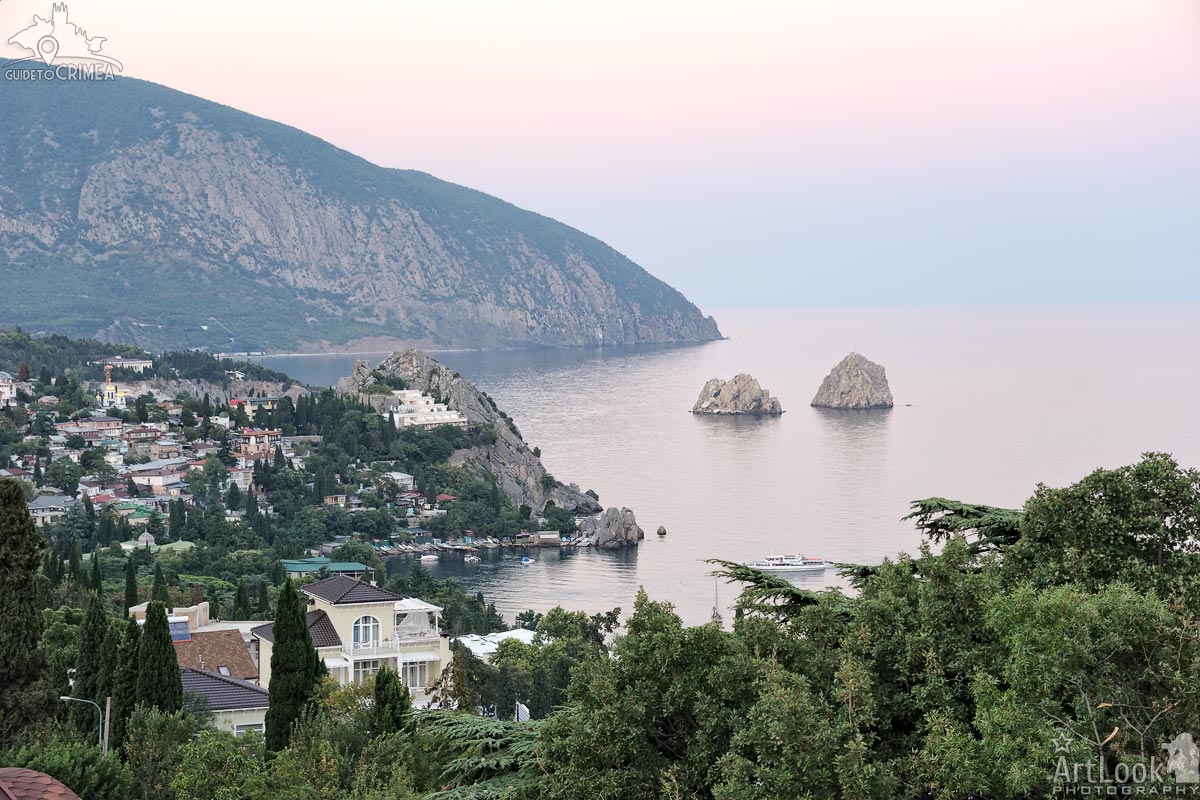 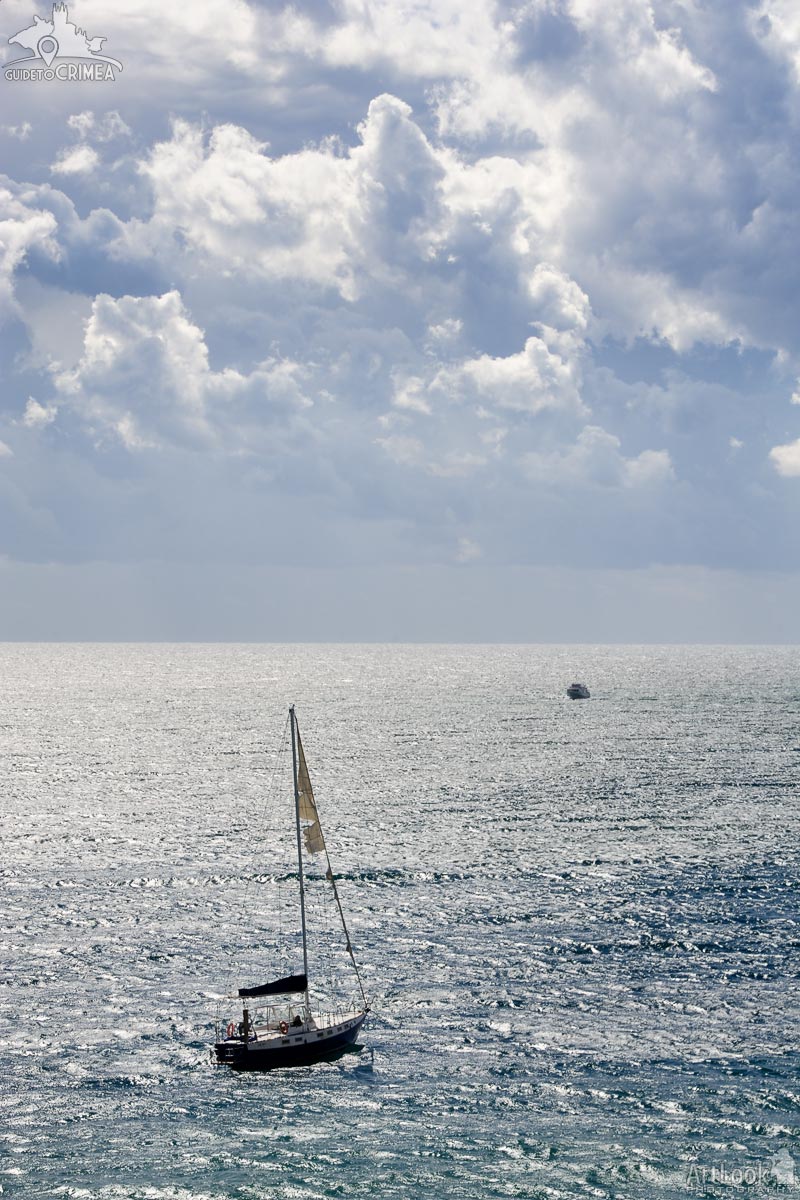 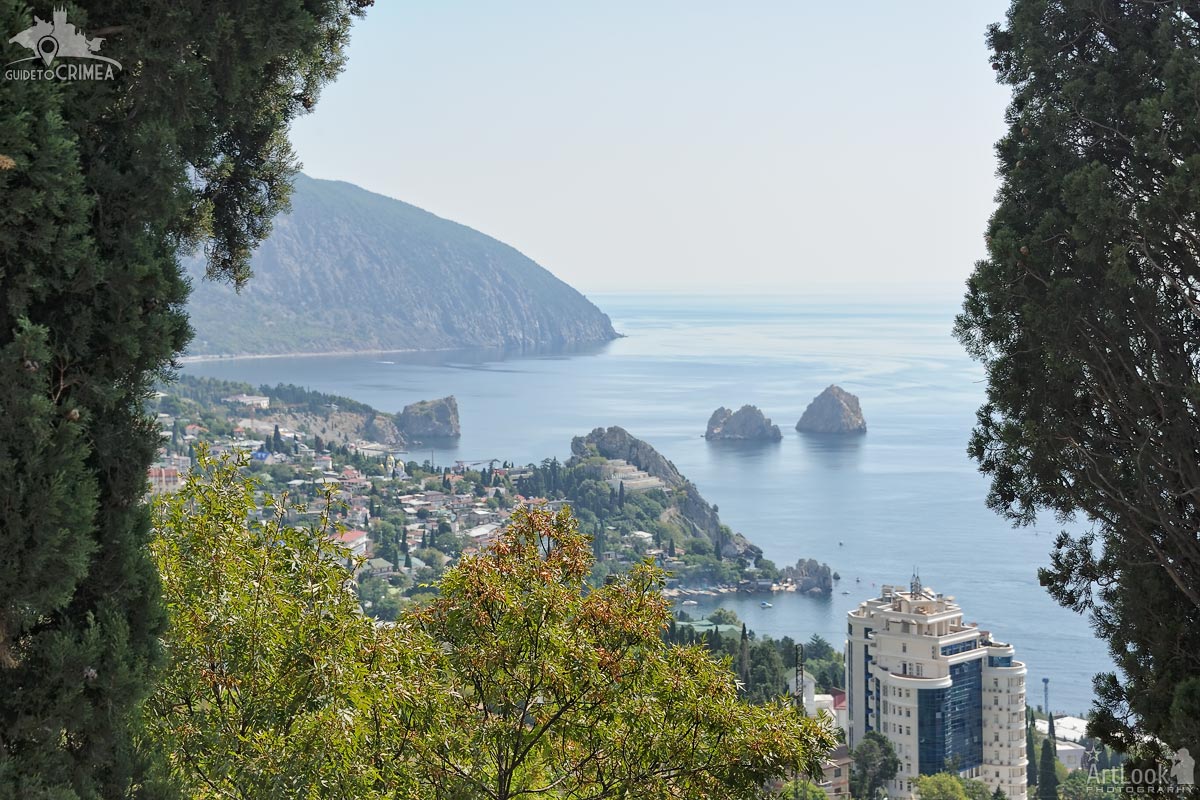 Foros Church Over the Clouds 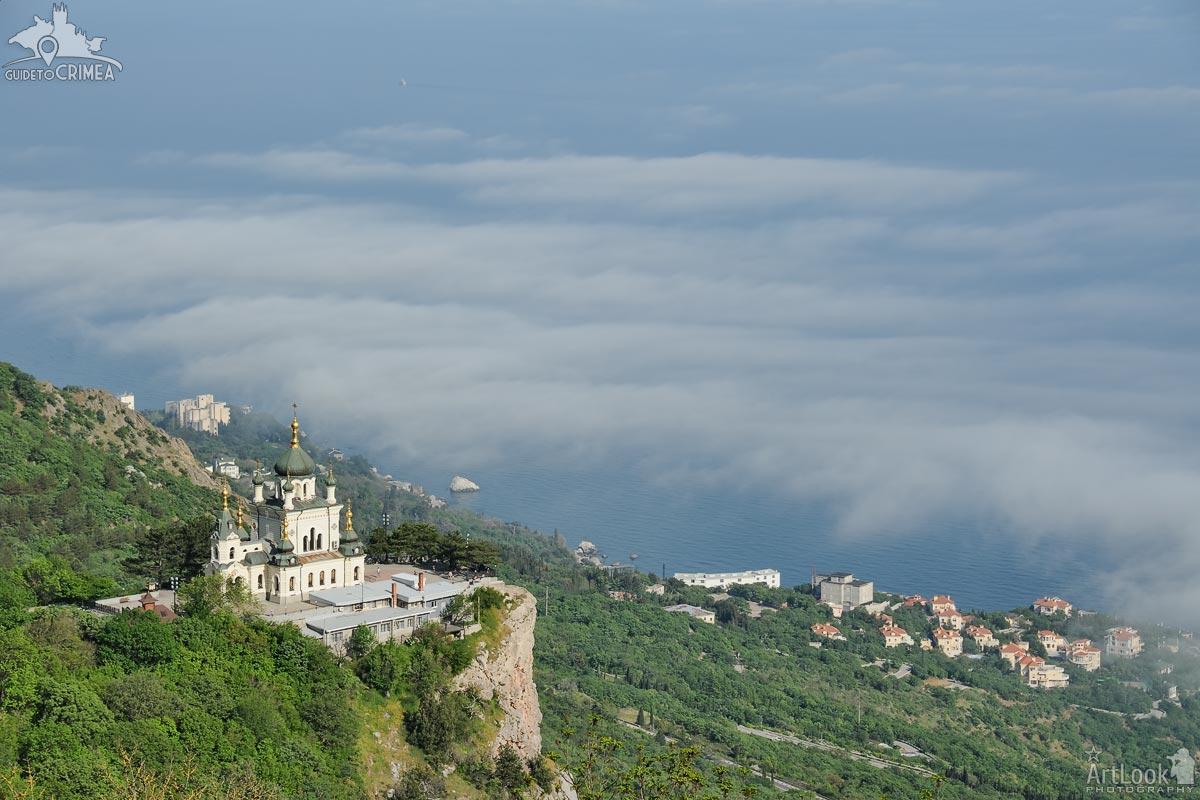 View from Baidarsky Pass on the Church of Christ’s Resurrection raising on the Red Cliff (Krasnaya Skala) over the low clouds at Foros settlement on the Black Sea in a spring season. The magnificent church, that combines Rastrelliesque Baroque, Russian Revival, and Byzantine Revival styles, was built in 1892 by the project of Russian architect Nikolai Chagin on the abrupt 400-meter (1312 ft) cliff. Alexander Kuznetsov, the Moscow merchant and the Russian “tea king” who had his palace built on the seashore, commissioned Nikolai Chagin, the celebrated architect from Wilno, to built the church of Christ’s Resurrection in memory of the miraculous rescue of Emperor Alexander III and his family in 1888 train crash in the Borki, on the way to St. Petersburg. The temple is notable for its luxurious exterior and picturesque interior.

Album: Foros Church of the Resurrection of Christ 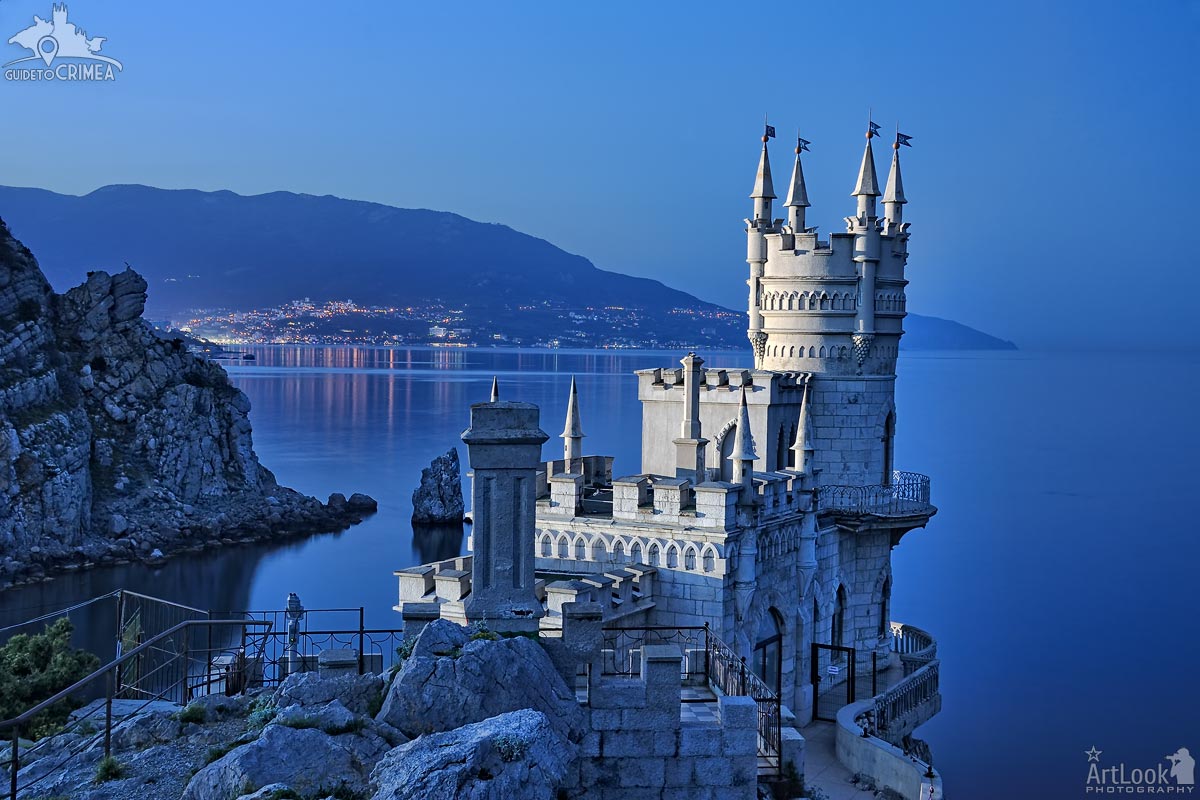 Beautiful view from a top of Aurora Cliff of Ai-Todor Cape in Gaspra on the Neo-Gothic castle situated on the steep 40-metre (130 ft) high rock in background of Black Sea and illuminated Yalta Bay in evening twilight. The beautiful castle was constructed by design of the Russian architect Leonid Sherwood in Neo-Gothic style between 1911 and 1912. It became one of the most popular visitor attractions in Crimea and the symbol of Crimea’s southern coastline.