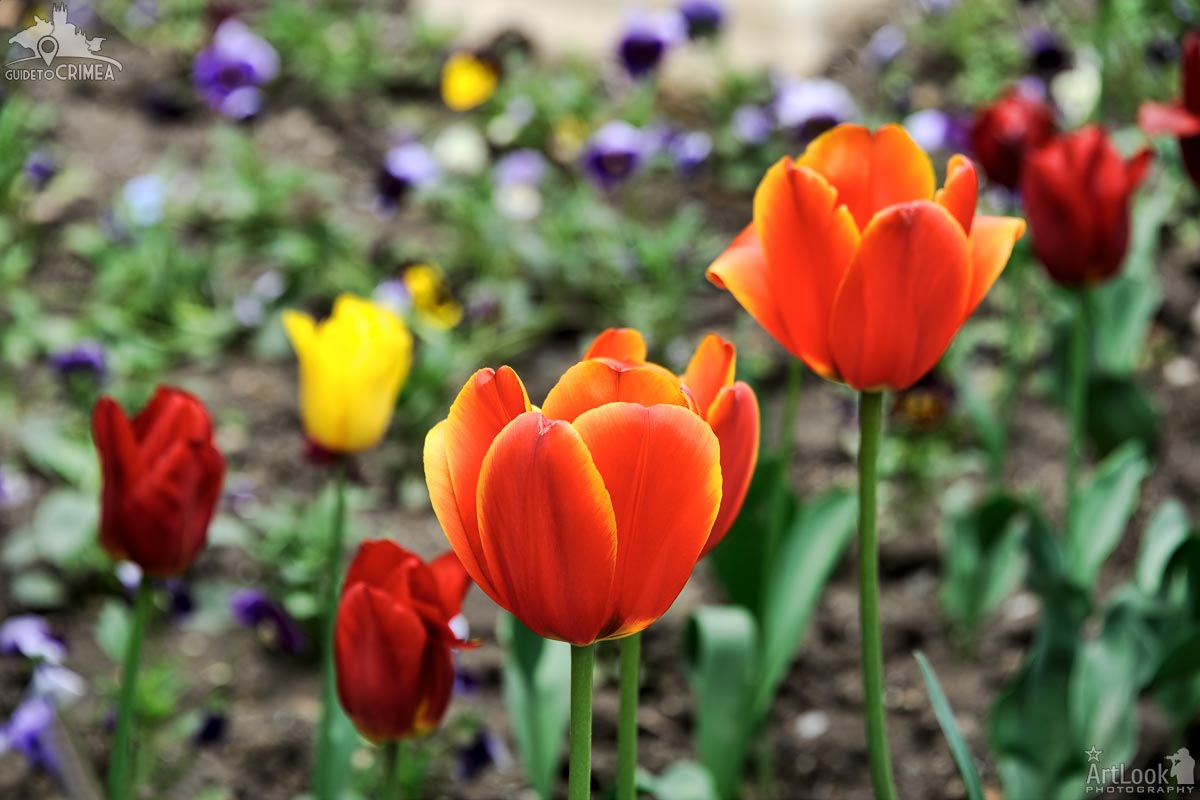 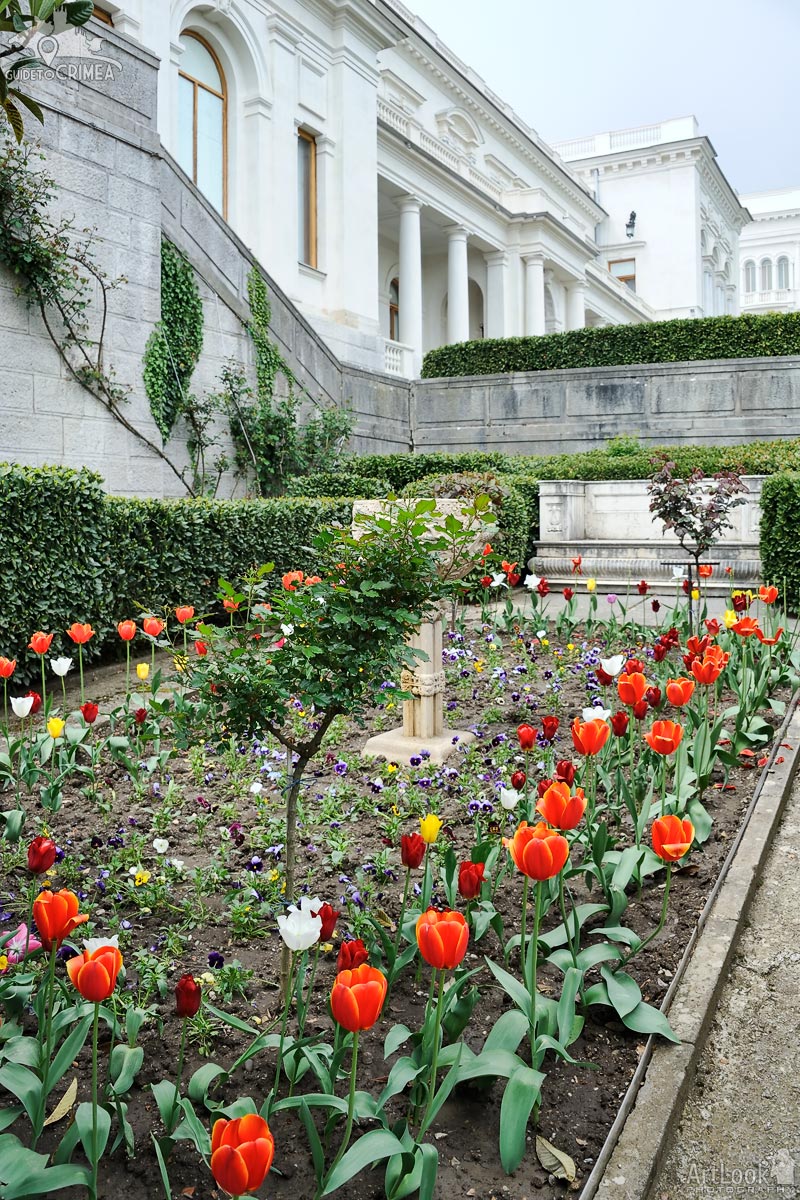 Angle view of white-stone Livadia Palace decorated with colorful bright red, white, vinous and yellow tulips at fountain areas in the springtime. The palace is a beautiful pearl and architectural monument of the Southern coast of Crimea located not far from Yalta city. It was the summer home of the last Russian Tsar, Nicholas II, built in 1911 by Russian architect N.P. Krasnov. In Livadia Palace held Yalta Conference of “Bif Three” in February 1945.
Location: Suburb of Yalta, Crimea, Russia