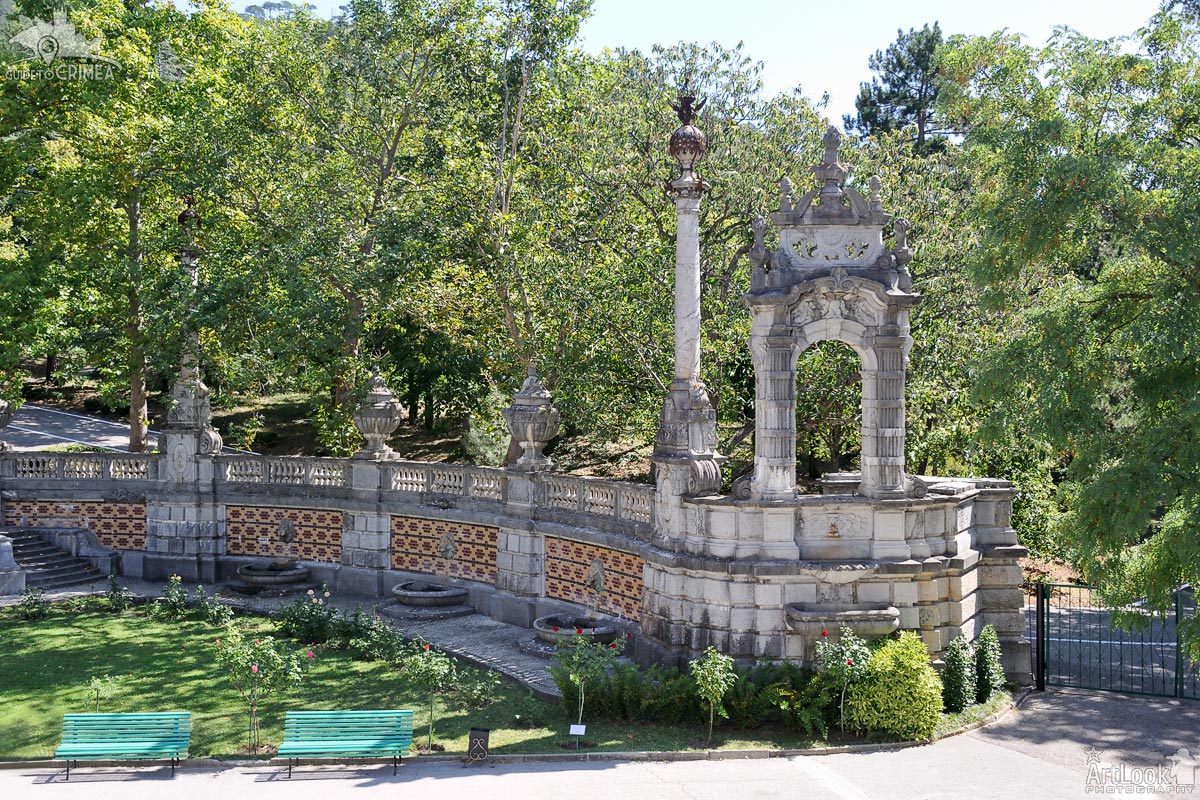 View from a second floor of the Massandra Palace on a part of the curved retaining wall with fountains decorated with colums and arches at the parade entrance gate into the Royal estate. The wall, columns and fountains were built when the estate belonged to Prince Vorontsov, the Governer of Novorossiya. The entrance gate was “guarded” by lions – sculptural castings (made in the workshops of the Academy of Arts in St. Petersburg) from the work of the famous French animal sculptor A.L. Bari (1796-1875). The entire retaining wall was decorated with majolica plates, red irrigation tiles. Six fountains with satyr and naiad macarons were mounted in it (these masks were replaced with masks of lions in Stalin times). By its architectural and artistic decision, this retaining wall organically entered the general palace and park ensemble.

Photo #120 taken on August 13, 2019 during the tour of Massandra Palace with my dear clients from Hong Kong, Esther and Ricky on the 3rd day of the adventure trip “Discovering Crimea in 6 Days”. 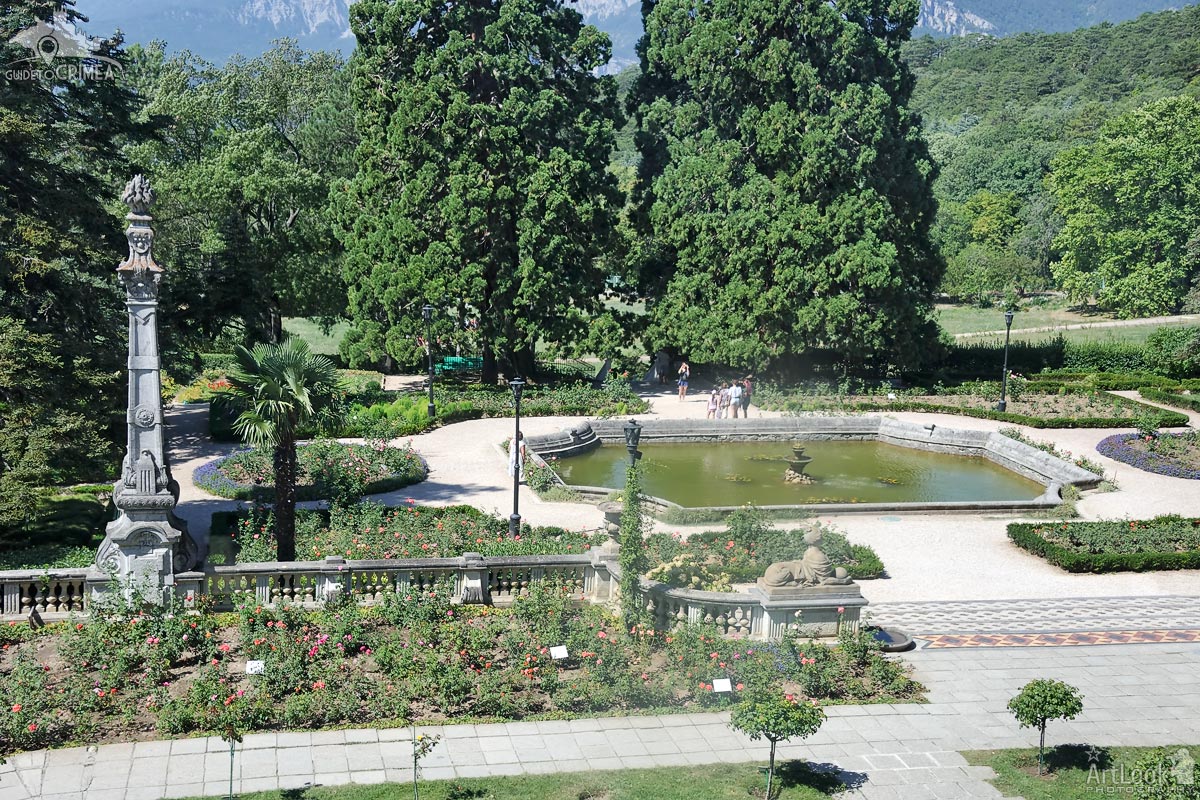 Looking on the splendid park with fountain, sculptures, and columns from a window on the second floor at the south-western side of Massandra Palace. This beautiful park was developed in a French style during the reconstruction of the palace, the summer residence of Alexander III in Crimea, by the project of Messmacher in the 1890s. Behind the fountain are growing two giant sequoias (Sequoiadendron Giganteum), the highest mammoth trees in Crimea. They were planted 130 years ago, so in the present time, the trunk girth of these trees is about nine meters, and the height is about forty meters.

Photo #136 taken on August 13, 2019 during the tour of Massandra Palace with my dear clients from Hong Kong, Esther and Ricky on the 3rd day of the adventure trip “Discovering Crimea in 6 Days”.

Taking Portrait at the Stonewall with Fountains 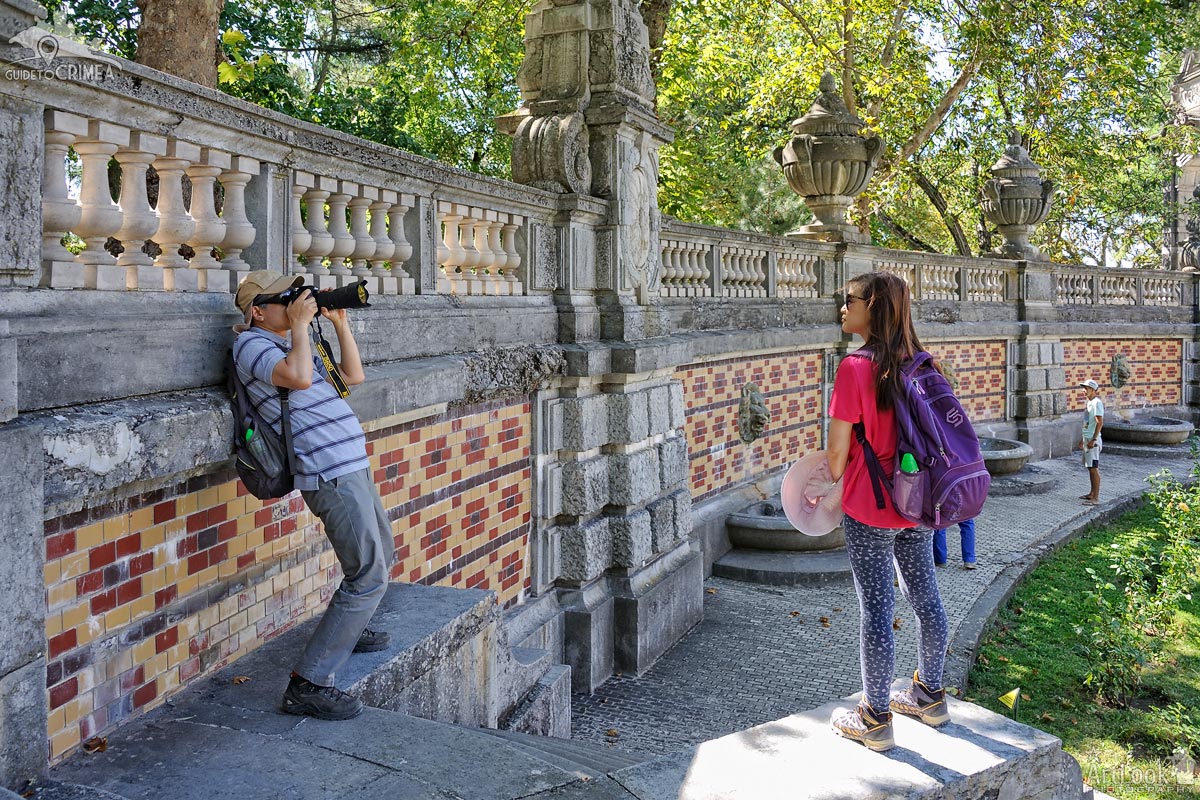 Behind-the-Scenes: My Dear clients from Hong Kong, Ricky and Esther, taking memory pictures at the curved stonewall with fountains at the eastern facade of Massandra Palace.

Album: Behind the Scenes 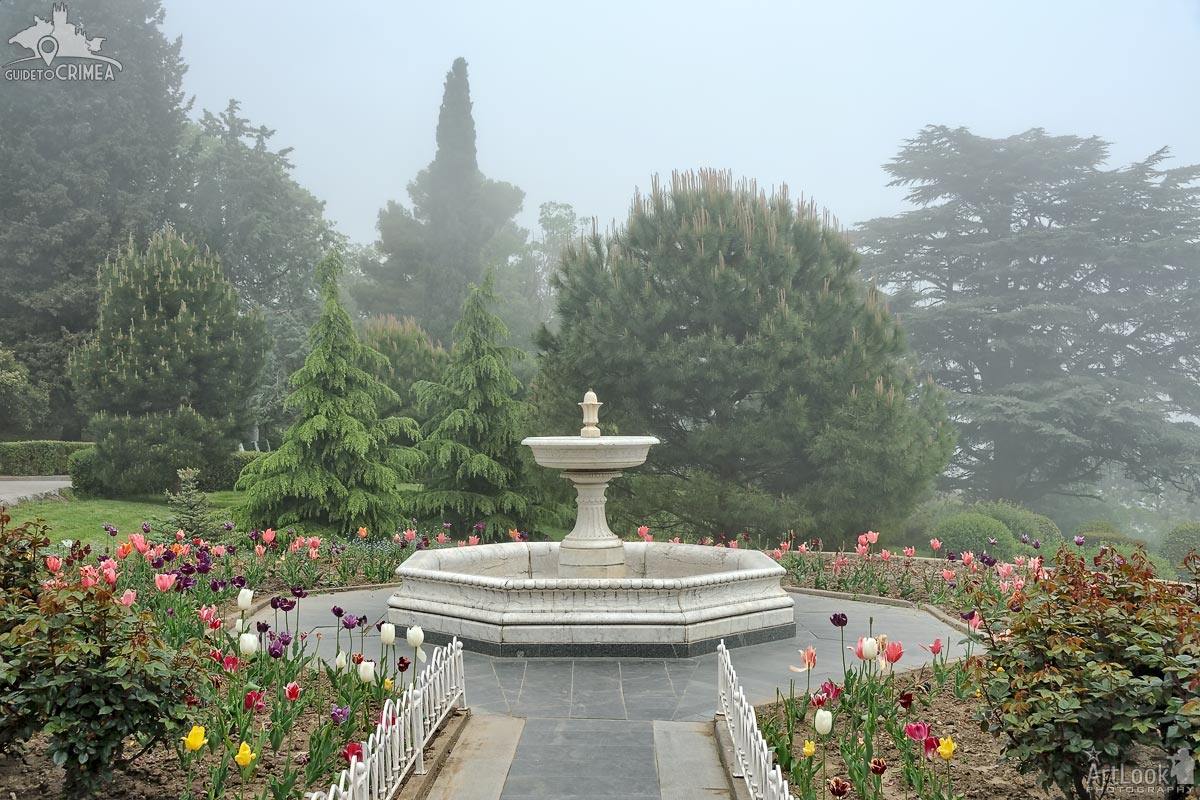 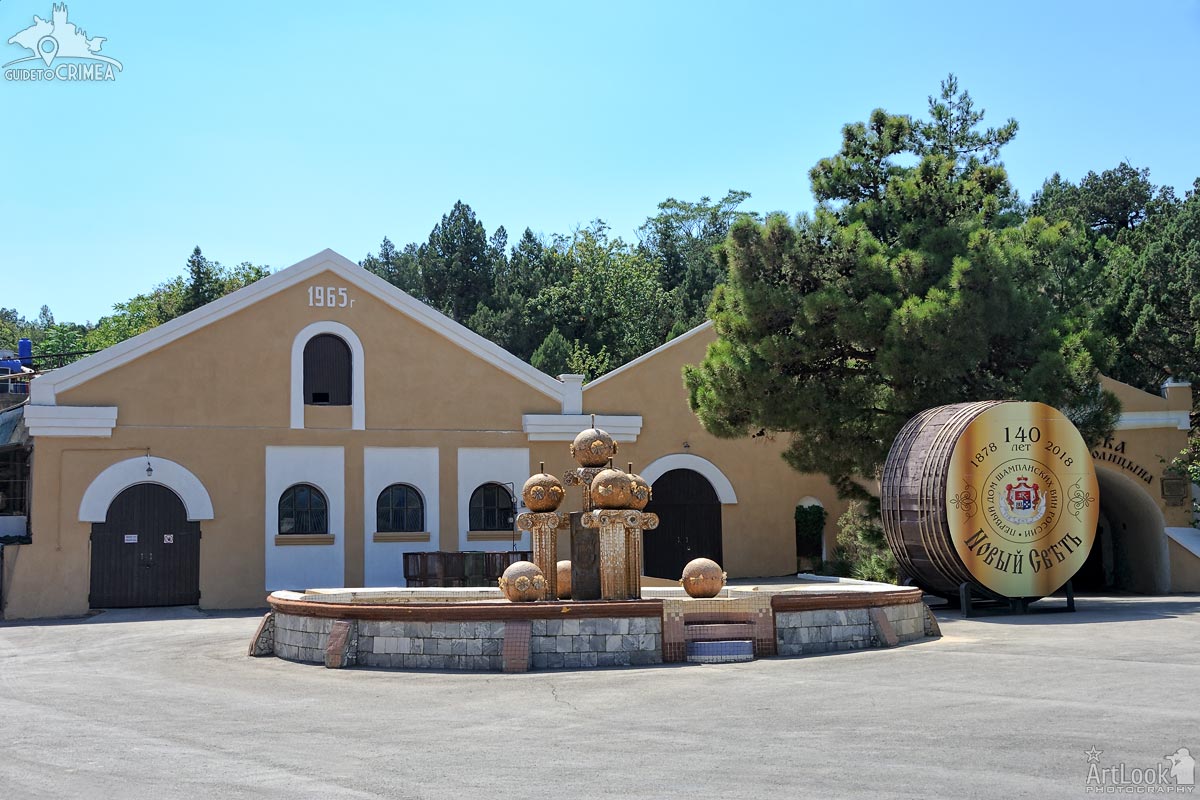 ountain in background of production buildings with sign 1965 on the main square of the champagne factory “Novy Svet”.

Photo #284 taken on August 12, 2019 during Champaigne Factory tour in Novy Svet on the 2nd day of the adventure trip “Discovering Crimea in 6 Days” with my dear clients from Hong Kong, Esther and Ricky.
©2019 GuideToCrimea.Ru by Arthur Lookyanov