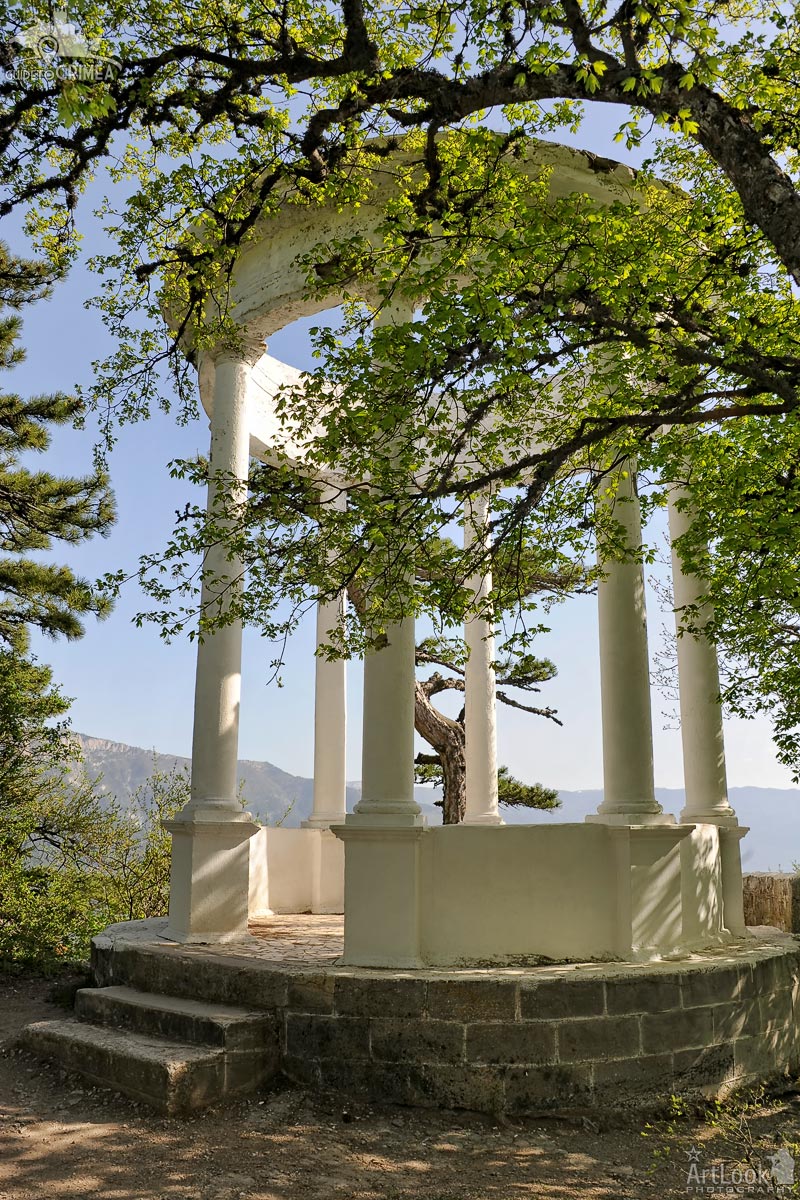 The Silver Arbor framed by trees on the way from Yalta to the top of Ai-Petri mountain by car. It is an ecological and educational object located the Pendikul mountain at the height of 848 meters above sea level. The arbor was established in 1894 in honor of builders of the road Yalta – Ai-Petri – Bakhchisarai.

In the winter the arbor becomes covered with light hoarfrost, creating an illusion of transfusion in the sunshine a thin layer of silver. From this, the name “Silver Arbor” appeared. From a rotunda of the arbor opens the scenic views on the Yalta amphitheater, Nikitskaya Yayla, Mount Au-Dag, the oak and juniper woods of the cape Martyan and the amazing coast of the Black Sea.