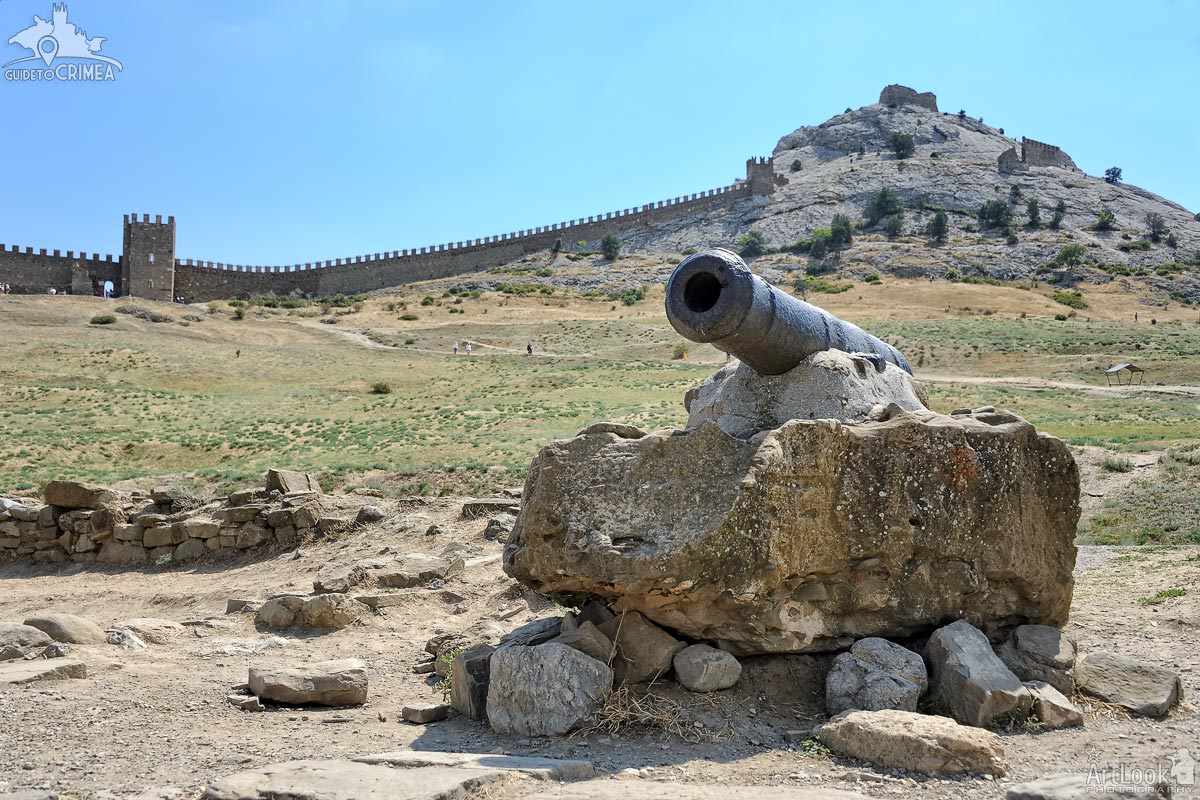 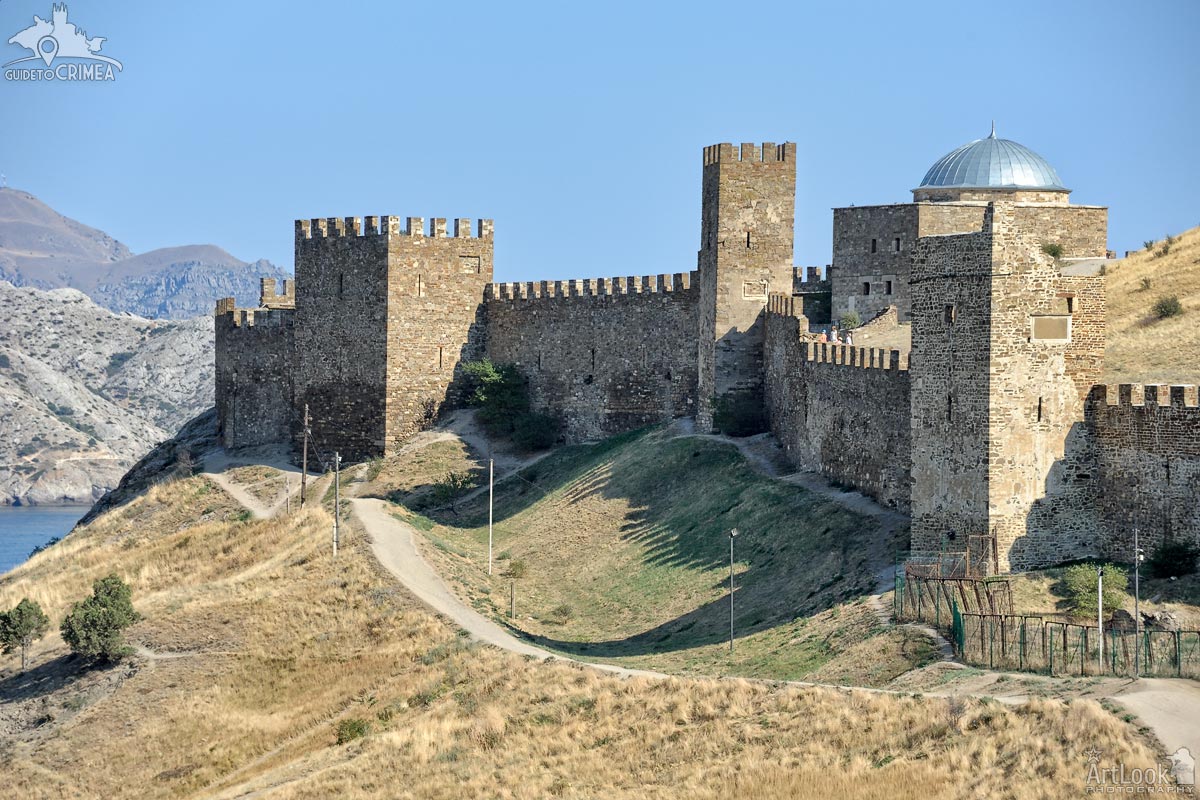 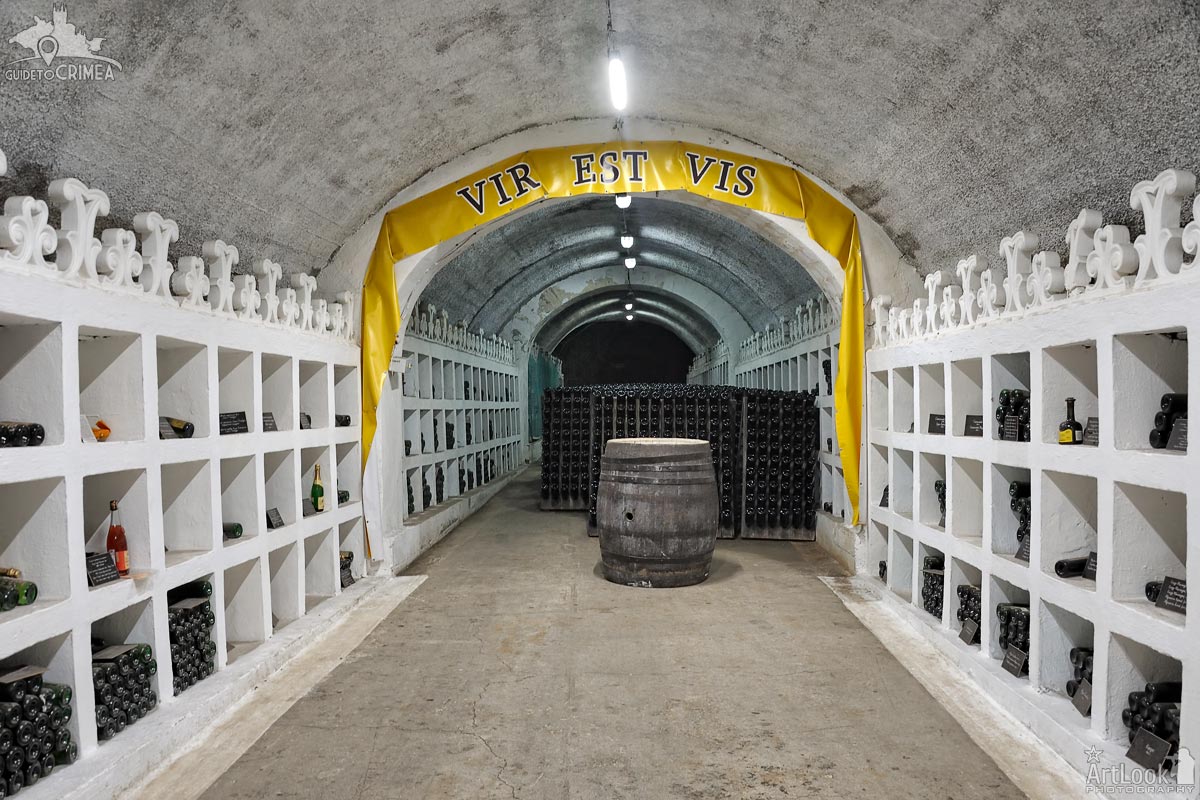 Interior of Enoteca of Novy Svet Winery, the repository of elite sparkling wines, in one of the old tunnels cut in the monolith of Koba-Kaya Mountain (Mount Orel, Eagle) at the end of 19th – beginning of 20th century. In the tunnel is hanging the yellow banner with the words Vir, Est, Vis (“It was. It is. It will be.”) from the coat of arms of Golitsyn family. Several tunnels were constructed below the sea level, so it helps to maintain permanent temperature of 8-12 degrees necessary for aging. The old tunnel cellars are in perfect condition, and most of them are used by the Novy Svet Winery even today.

Photo #278 taken on August 12, 2019 during Champaigne Factory tour in Novy Svet on the 2nd day of the adventure trip “Discovering Crimea in 6 Days” with my dear clients from Hong Kong, Esther and Ricky.

Wish Tree on the Slope of Mount Sokol 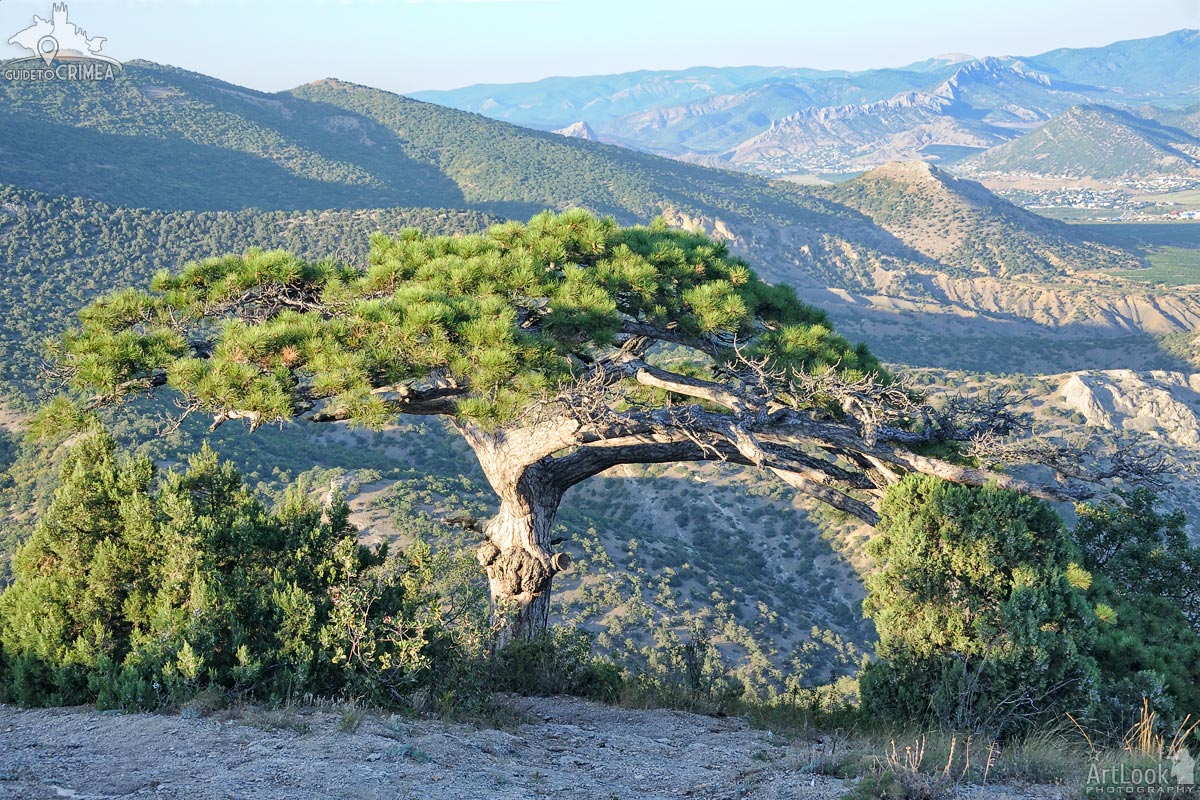 The big Sudak pine on the slope of Sokol Mountain (Falcon Mountain) in Novy Svet in the background of the mountain range in Sudak district. The tree is used by people who climb on the mount as an object of wishes and offerings. This type of trees in Sudak was called Stankevich pine by the name of famous Russian botanist who found and described it in 1906. 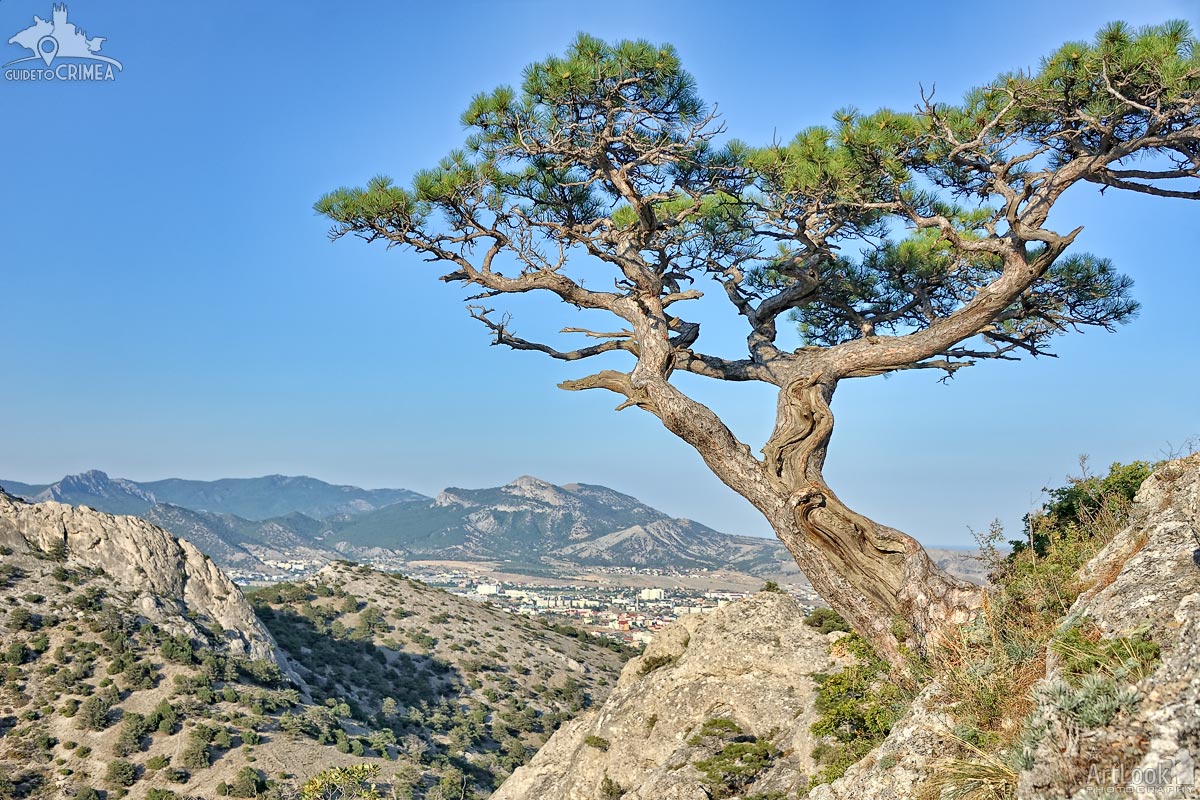 Beautiful Stankevich pine tree growing on a steep slope of Sokol (Falcon) mountain in background of a valley where located Sudak city. Such pine trees are very rare in nature, but they are endemic to the Sudak district on the southern coast of the Crimea peninsula. First described by the Russian botanist V.N. Stankevich, the pines were named by the academic V. N. Sukachev in 1906 in his honor. They are also known as “Sudak Pines”- after the region in which they are found.

Photo #149 taken on August 11, 2019 during hiking tour on the peak of Sokol mountain with my dear clients from Hong Kong, Esther and Ricky (1st day of the adventure trip “Discovering Crimea within 6 Days”) 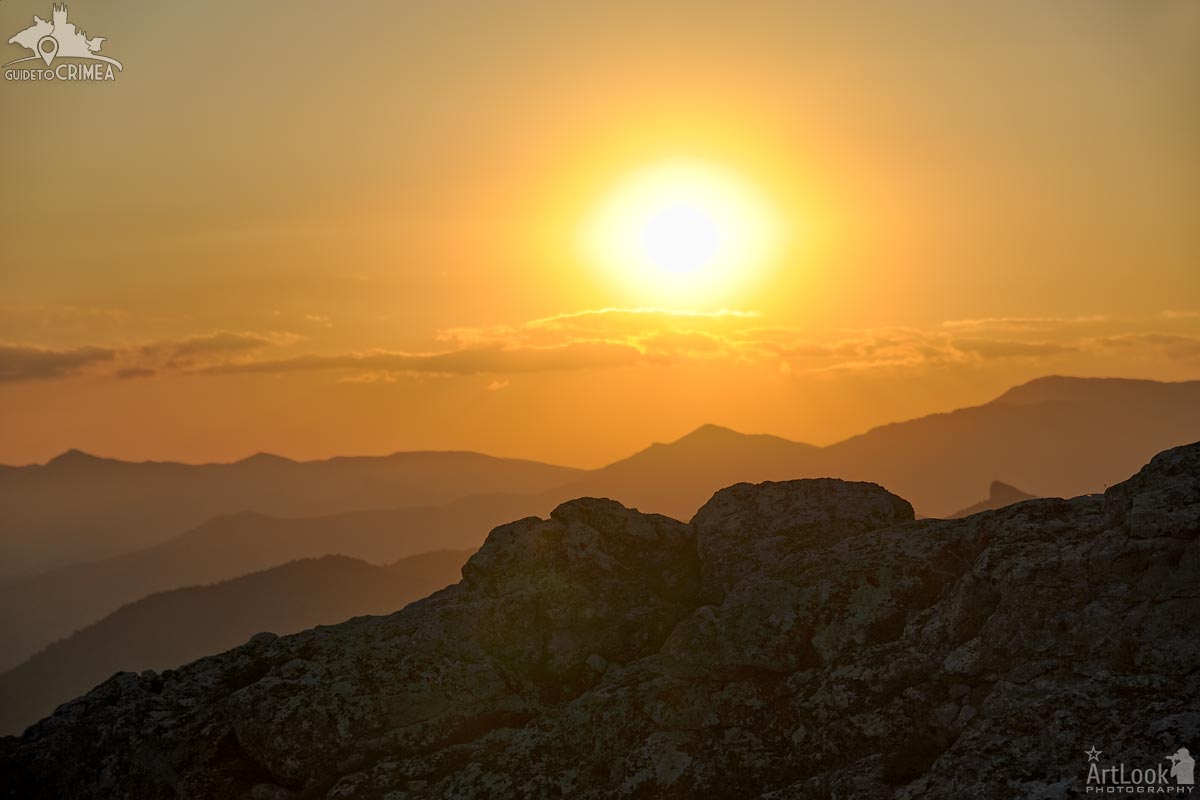 Overview beautiful sunset over Crimean Mountains from the peak of Sokol (Falcon) mountain (about 470 meters from a sea level) at Novy Svet, few kilometers from Sudak, the Sothern shore of Crimean Peninsula.

Photo #208 taken on August 11, 2019 during hiking tour on the peak of Sokol mountain with my dear clients from Hong Kong, Esther and Ricky (1st day of the adventure trip “Discovering Crimea within 6 Days”) 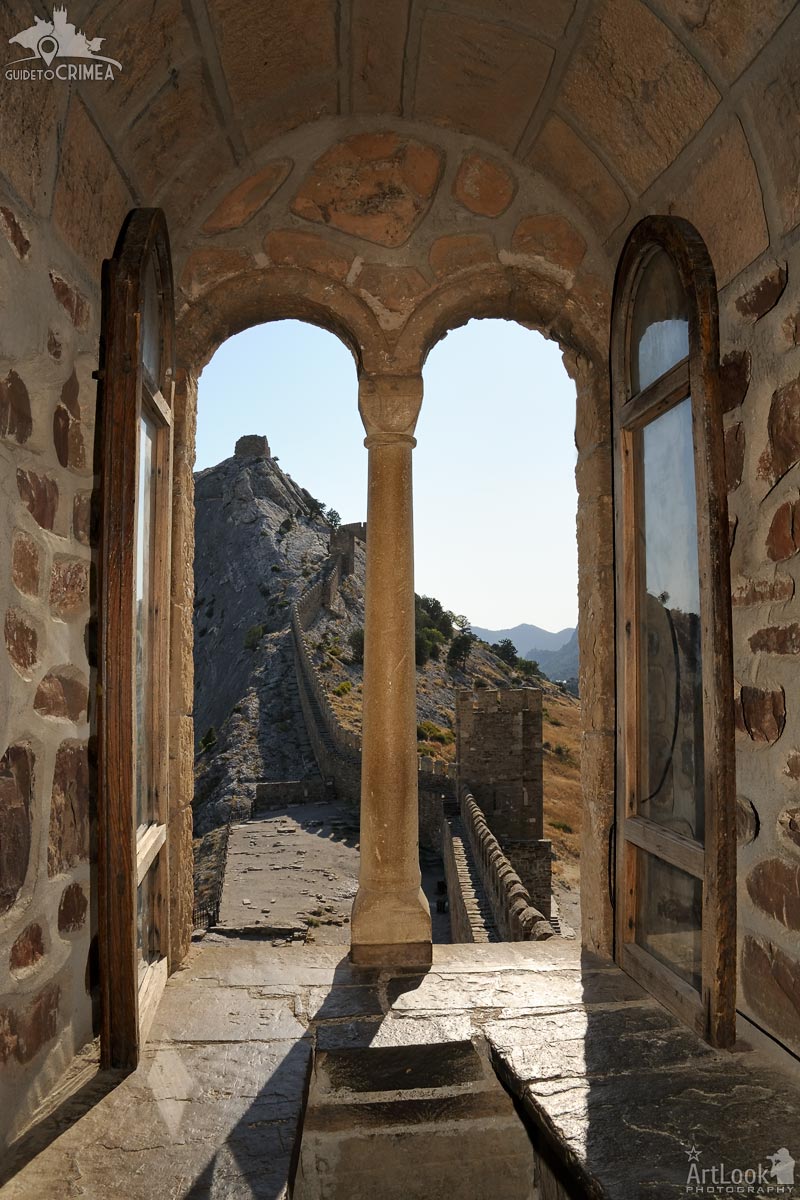 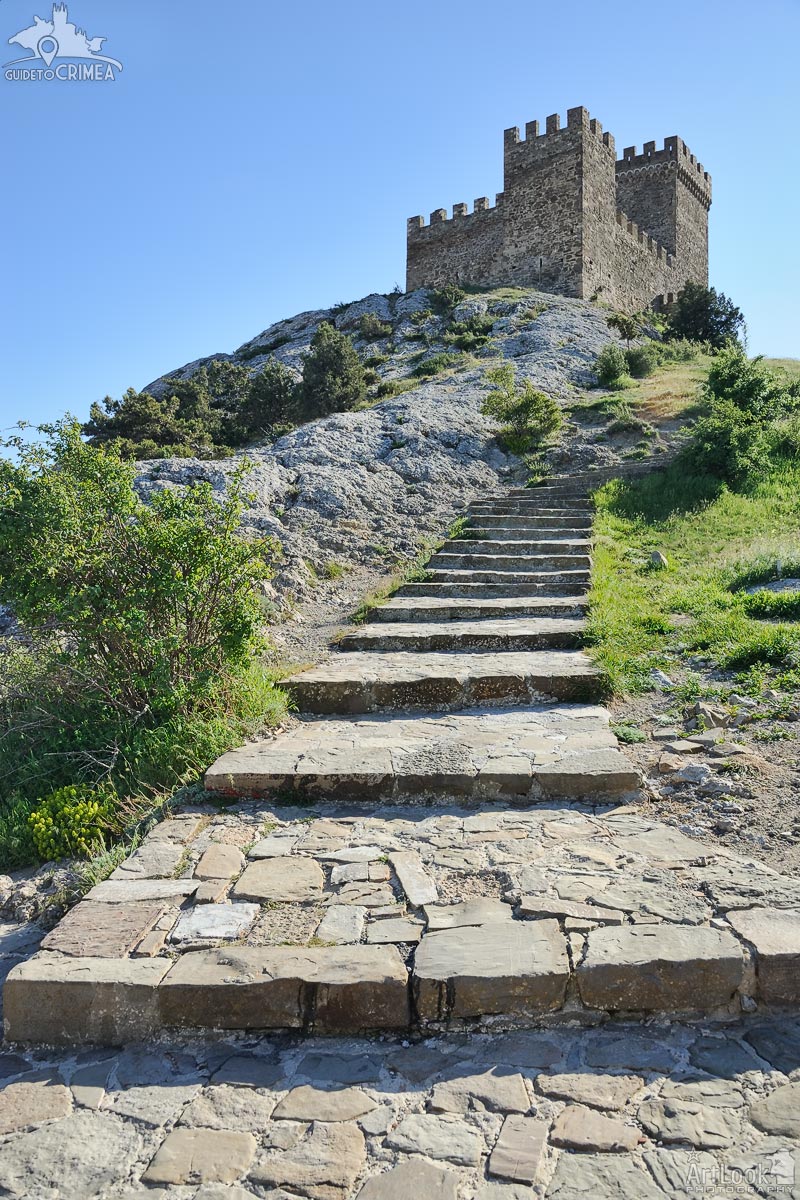 Ancient stone steps to the upper level of the Genoese fortress of Sudak consisting of Consular castle and four neighboring towers connected by walls. The fortress situated on an ancient coral reef – a conical mountain called Kyz-Kulle-Burun was built between 1371 and 1469 by Genoeses as a stronghold of Soldayya (Sudak) colony, about 55 km from ancient Caffa(Feodosiya).

Edge of the Karaul-Oba Mountain Range 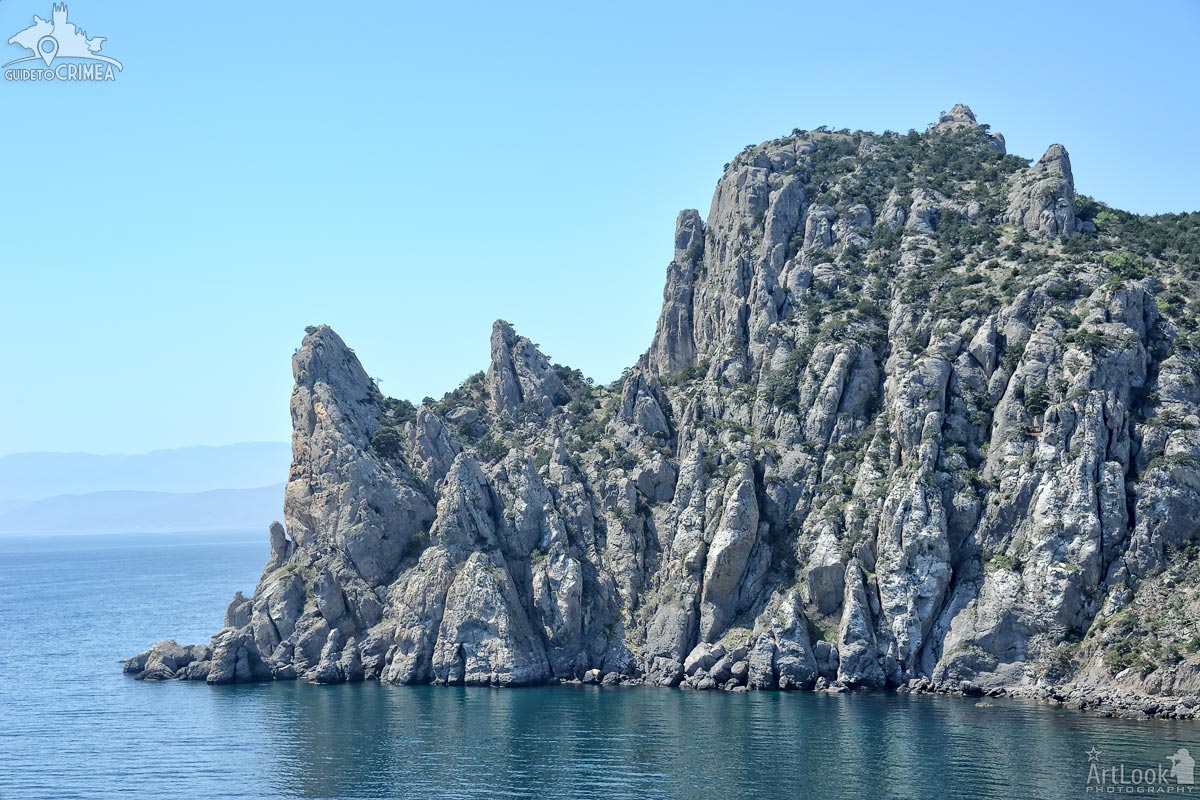 The view on the edge of the ancient coral reef of the Jurassic period, the mount Karaul-Oba (Tatar: Qaravul Oba, Russian: Karaulnaya), from Cape Kapchik, located a few kilometers westwards from Novy Svet (New World) settlement, on the tourist path of Golitsyn. The Karaul-Oba massif with its mystic rocky ledges is the state complex natural monument. Almost from the very sea, sharp teeth of the cliffs are jutting out, that is a distinctive feature of the mountain. ‘Karaul-Oba’ means ‘Watch Mountain’ or ‘Guard Peak’ in Crimean Tatar. It is reckoned among many unique natural wonders of Sudak’s surroundings. 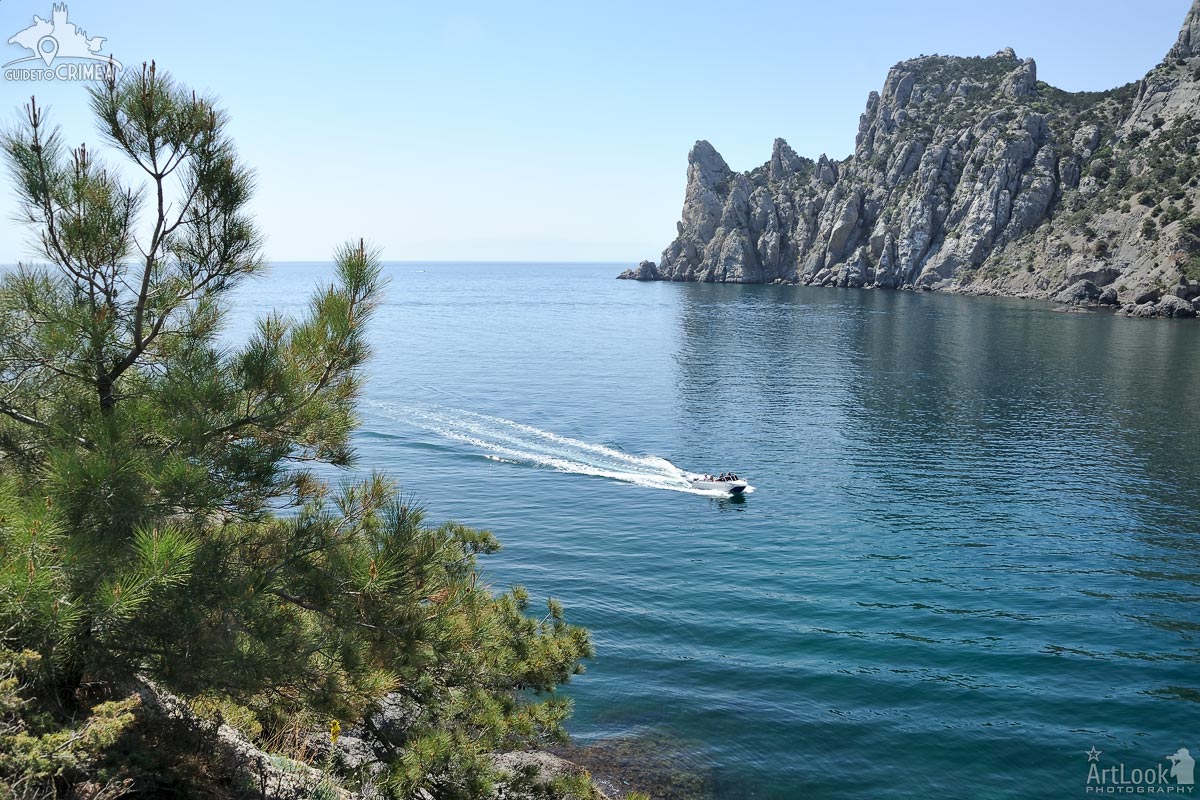 View of a boat with tourists entering the Blue Bay (Golubaya Buhta) in Novy Svet (New World), where located the famous Tsar beach in Suzdak district in Crimea. The sharp teeth of the cliffs of the mount Karaul-Oba (Tatar: Qaravul Oba, Russian: Karaulnaya) are in the background of the picture. This ancient 341-meter-high coral reef of the Jurassic period (341 m.) has rather a complicated specific structure: plateau-like area with rock walls, crevices, ridges, stone labyrinths are replaced by deep long saddles. The rocky ledges of Karaul-Oba massif is a State complex natural monument and reckoned among many unique natural wonders of Sudak’s surroundings.