The Church of St. Nicholas of Myra was built in 2007 near Malorechenskoye village, Alushta, Republic of Crimea, and became a part of the Memorial Complex "In Memory of the Dead on the Waters" opened on May 7, 2009. The unique memorial and architectural complex is a tribute to the memory of sailors, fishermen, and travelers who became victims of accidents on the water, as well as an eternal symbol of the unity of the earthly and heavenly life of each person. 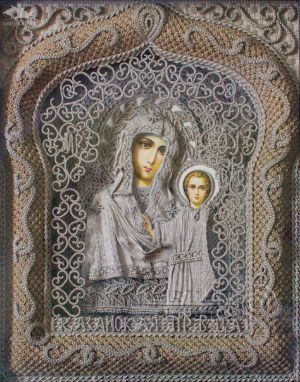 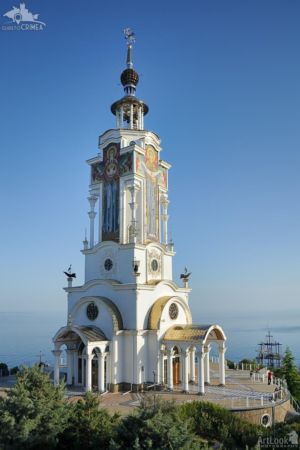 Beautiful view on the church-lighthouse of St. Nicholas of Myra at Malorechenskoye village at sunset. The unique project located few kilometers from Alushta became a part of the Memorial Complex "In Memory of the Dead on the Waters" opened on May 7, 2009. A patron and sponsor of the project became the Russian businessmen Alexander Lebedev, who took a decision and invested funds in constructing here the new Crimean Wonder in 2004.